Thank you for signing up!

We have sent you an email with instructions on how to enable your free account.

Signup for your 14-day free trial

Self Service Portal:
Configure your PBX, order phone numbers and equipment
An account with the same phone number or email address already exists. If you would like to create a new account with your same details please contact our support team on +44 (0) 333 3051 330.
Need Help?
Feel free to call us on +44 (0) 333 3051 330 or chat to us online
Safe & Secure
Don’t have a login? Sign up for your 14-day FREE trial today!

Back to Blog Listing

Moving Towards a New World Order 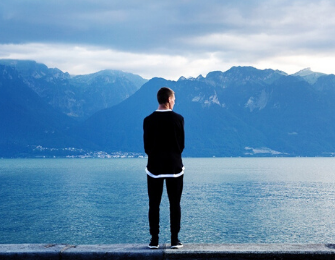 VoIPLine recently helped a newly appointed IT Manager who had been thrown in at the deep end by being tasked to deploy home workers and set just a week to get the job done.

The company plan was to move to Microsoft Teams, and because they did not have the appropriate licenses it meant we could deploy a free collaboration app to the call flow and then take a more considered approach to the MS Teams’ rollout to all staff.

We set up all the company key workers within an hour and not having the time to port numbers meant we had to get their numbers re-directed to the new VoIP solution. This worked well.

Sadly, we have seen instances were Telco’s have charged organisations over a hundred pounds to re-direct numbers; but as a VoIPLine customer, users have the ability to do it themselves without any cost!

Here, and not for the first time, customers leveraged into adopting VoIP through needing to implement a company-wide remote working set up are telling me they can’t imagine going back a traditional PBX. And why would they!

I think we will learn a lot from this new pandemic enforced homeworking economy. Whether it be the employer dragged out a 1990’s mentality finally seeing they can get even better productivity through providing a flexible working environment to staff or employees, at last, seeing the benefits through achieving a better work-life balance.

Transport costs have clearly reduced and provided an upside of a noticeably cleaner environment; the Earth is taking a fresher breath of air today than since the start of the industrial revolution! For example, the water in Venice has become clean and amazingly, deer have been seen walking the streets of Tokyo.

Clean water of Venice during the pandemic

I don’t think for one minute we will all be homeworkers after the pandemic retreats from our lives but I do think some of the better ways of working through modern apps and technology such as VoIP and collaboration tools like MS Teams will be better used and more broadly adopted.

If you add in the creative social interactions that staff have devised for their workgroups then you may not have a new world order but you’ll most likely have a better and truly connected workplace for sure.